Etheridge Knight, who we honor each year with The Ethridge Knight Performance Prize as part of our annual College Poetry Contest, died on this day in 1991 of lung cancer.

Born in 1931 in Mississippi, he saw active duty in the Korean War. While serving an eight-year prison term in the Indiana State Prison, Knight wrote poetry. In 1968 Knight saw his first book published, Poems from Prison (Broadside Press). Knight entered into a successful period during the early 1970s, enjoying Popularity and recognition. He led Free People’s Poetry Workshops, gave numerous readings, and was a poet in residence at the University of Pittsburgh, the University of Hartford, and Lincoln University. His critical acclaim included a grant from the National Endowment for the Arts (1972) and a fellowship from the Guggenheim Foundation (1974). In 1980, Knight published Born of a Woman and received a second National Endowment for the Arts grant. In 1986 he published The Essential Etheridge Knight.

After making Fran Quinn’s acquaintance at the Great Mother Conference, he began giving readings in Worcester regularly and eventually moved to Worcester. While Knight lived in Worcester, he continued the Free People’s Poetry Workshop in area bars. Knight explained that if someone reads poetry and can stop a drunk man with a bladder full of beer on his way to the bathroom, you know it is a good poem.

Join us (virtually) on Saturday, April 10, 2021, for our annual College Contest Reading. Details can be found on the event listing. 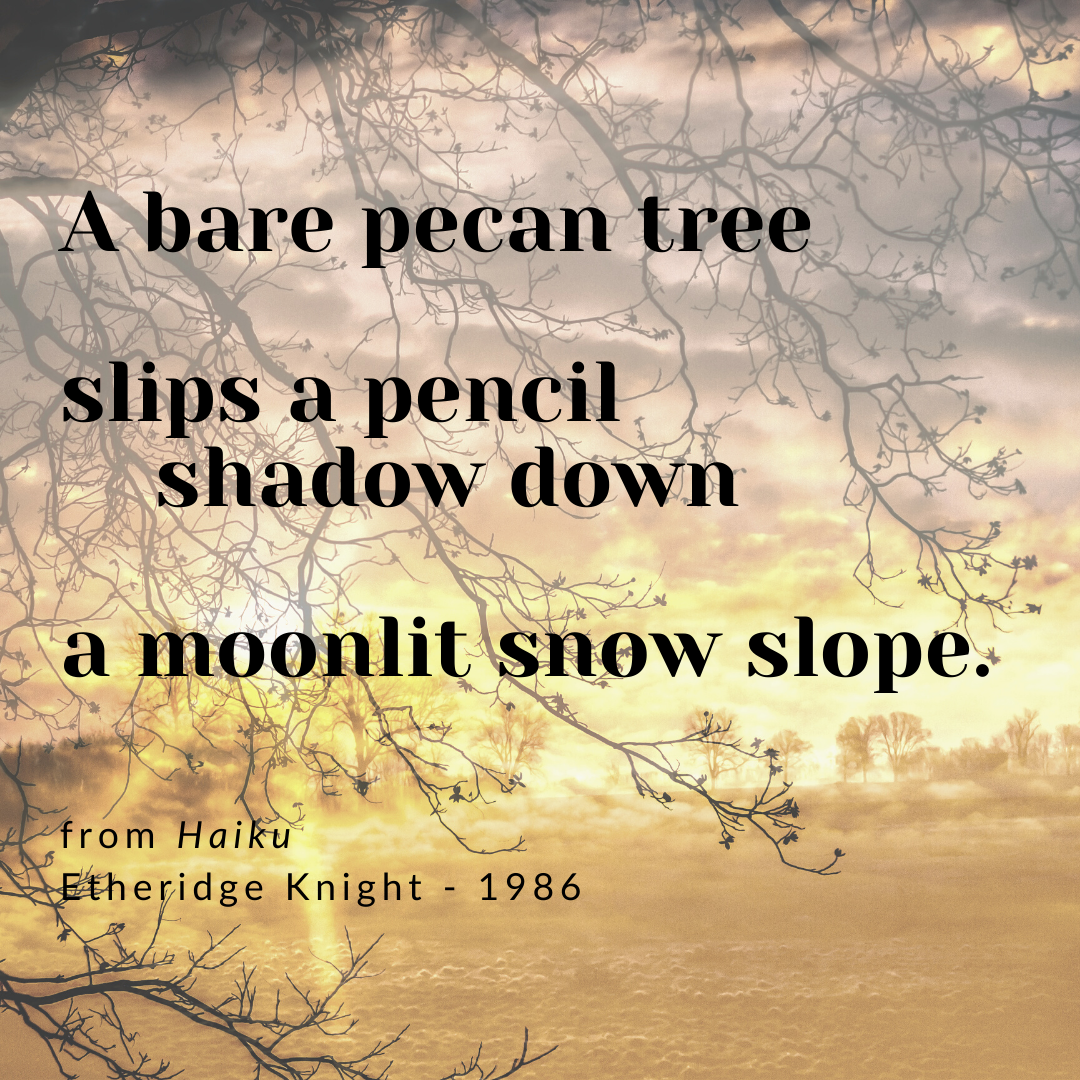