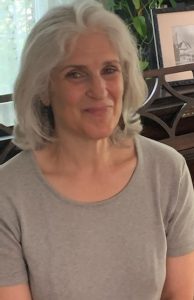 Jennifer Freed of Holden, Massachusetts, has won the 2022 Frank O’Hara Prize. The O’Hara Prize, awarded annually by the Worcester County Poetry Association (WCPA), was established in 1973. Freed’s poem “Kangaroos in Kharkiv” was selected by contest judge Usman Hameedi from the 89 submissions by 34 entrants.

Jennifer L. Freed is the author of When Light Shifts (Kelsay, 2022), a memoir-in-poems about the aftermath of her mother’s cerebral hemorrhage, and of a chapbook, These Hands Still Holding, a finalist in the 2013 New Women’s Voices Competition (Finishing Line Press, 2014).  She was awarded the 2020 Samuel Washington Allen Prize for a long poem or poem-sequence (New England Poetry Club), has been a finalist for the Frank O’Hara prize multiple times and has received nominations for the Pushcart Prize and Orison Anthology.  She leads adult education programs online and in-person, and lives in Holden, Massachusetts.

Second Place – Lis Beasley of Uxbridge, Massachusetts, for “The Father as a Magician”

The winning poems will be published in the next edition of The Worcester Review, the nationally recognized journal of the WCPA. The winners also receive a cash award. The WCPA will invite all the winners to read their work at the Winners’ Ceremony and Reading on Sunday, September 25, 2022, at 3:00 p.m.

The Winners’ Reading will be held at the First Unitarian Church, 90 Main Street, Worcester. Contest judge Usman Hameedi will be our featured reader that afternoon.

Usman Hameedi is a Pakistani-American scientist, poet, and educator. He also serves on Mass Poetry’s Board of Directors.   He earned his MS in Biomedical Sciences from the Icahn School of Medicine at Mount Sinai.  During his graduate studies, he did additional work in medical humanities and volunteered in geriatric care at Mount Sinai Hospital.  Neuroscience and oncology are his primary areas of scientific interest and expertise.  Since 2008, he has competed in and coached for collegiate, national, and international level poetry slams.  He was featured on The Huffington Post, Intima: A Journal of Narrative Medicine, and The Story Collider: Storytelling for Scientists podcast.  His first full-length collection is forthcoming in 2023 and will be published by Button Poetry.

The poetry contest was renamed the Frank O’Hara Prize in 2009 and continues to be generously supported as a tribute to the late poet Frank O’Hara by the O’Hara family.