Arts in The Garden

Indian Lake Community Association presents Arts in The Garden featuring musician Gabe Navarre, and poet Ashley Wonder Admission is FREE and patrons are encouraged to bring non-alcoholic beverages and snacks to this family friendly event. Join us for an awesome time at Arts in The Garden! 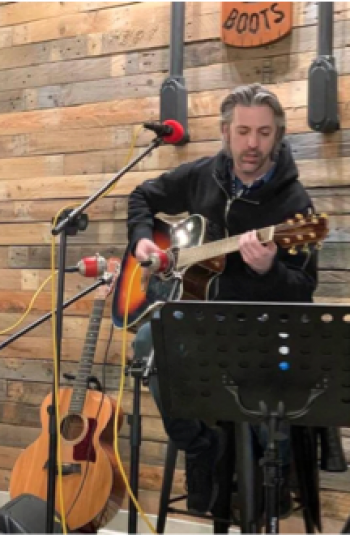 Gabe Navarre was born in Paradise, California to a family with a long musical heritage. He wrote his first song at age 11. It wasn’t very good. But as Gabe matured, so did his songwriting and instrumental finesse. At 17, Gabe strapped on his wandering shoes and hopped a train west, settling in the artistic, bohemian houseboat community of Sausalito, California. It was there and in nearby San Francisco, that he honed his musical chops, playing clubs like John Lee Hooker’s Boom Boom Room and The Saloon, the longest continuously-running blues club in the country. His musical explorations drew him to Nashville, where he worked as a professional musician for two years, and followed that up with a stint on the Las Vegas strip. More recently, Gabe has brought his music home to New England. His songs are well-crafted, edgy and timeless. 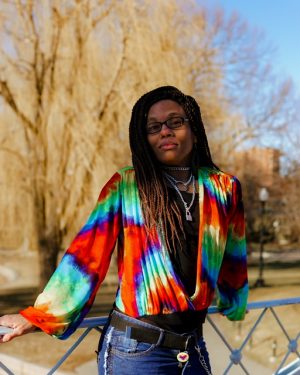 Ashley Wonder has been writing for over ten years. She performs with dynamic passion to give hope to her audiences. She started out performing in black churches in Worcester.
Then she became a part of the Slam Community in 2014. Repping Worcester her hometown, in Oakland 2015, Decatur, GA 2016. She has had the opportunity to perform at the National Education Support Professional Conference (a part of the Massachusetts Teacher Association) in 2021 that had an audience of 2,000 people! She also had the honor to be a part of the “Still I Rise” Toni Morrison tribute Festival. She has participated in the discussion Black Creative Voices in Worcester 2021. Performed 2019 Women Of Consequence City Hall in Worcester.
She has featured in Troy, New York at Poetic Vibe, all around MA, Boston (Hard Rock Cafe), RI including many colleges and universities such as Holy Cross, Wheelock among others.
She enjoys teaching poetry workshops to youth of all ages to show how fun and interactive spoken word can be. She believes in the power of tea and naps.