In 2009, a series of unpublished works by the composer Florence Price (1887-1953) were discovered in an abandoned house in Illinois.

Salisbury Singers brings to life one of these works, Abraham Lincoln Walks at Midnight, composed by the first African-American woman to be recognized as a symphonic composer. The text of this piece describes the restless ghost of Abraham Lincoln pacing the streets and reflecting on the state of America in the lead-up to World War I.

This event is being held in the Curtiss Performance Hall at Tsotsis Family Academic Center at Assumption College.

Salisbury Singers will explore a series of texts and musical reflections from the period around World War I with poetry by Langston Hughes, Christina Rossetti, Vachel Lindsay, William Henry Davies and others, set to music by Rosephanye Powell, Nathaniel Dett, Marques Garrett, Ralph Vaughan Williams and more.

Tickets $25 for Adults, $12-20 for Students – purchase tickets at salsisburysingers.eventbrite.com. 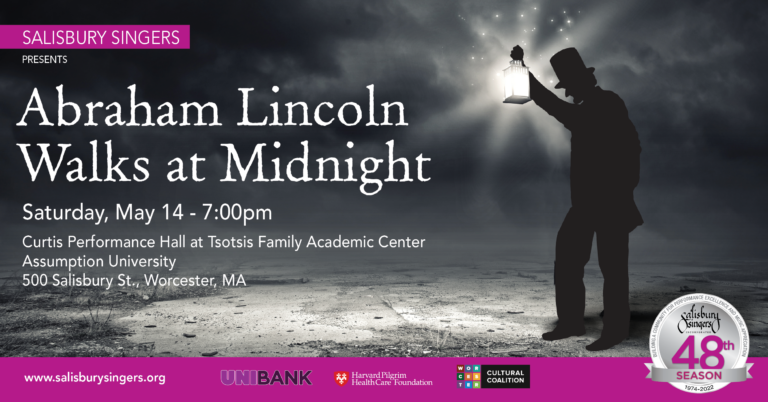