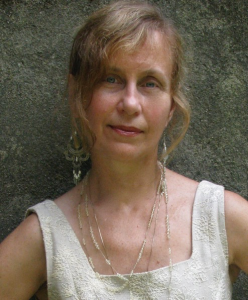 Join the Worcester County Poetry Association for our Annual Meeting on April 3, 2022! The afternoon consists of a short Business Meeting, a chance to mingle with friends, and a poetry feature by Dzvinia Orlowsky. We’ll start at 2:00 pm in-person at the First Unitarian Church, 90 Main Street, Worcester.

Dzvinia Orlowsky is a Pushcart Prize poet, translator, and a founding editor of Four Way Books.  She is also the author of six poetry collections published by Carnegie Mellon University Press including her most recent, Bad Harvest, named a 2019 Massachusetts Book Awards “Must Read” in poetry; Silvertone (2013) for which she was named Ohio Poetry Day Association’s 2014 Co-Poet of the Year; and Convertible Night, Flurry of Stones (2009) for which she received a Sheila Motton Book Award.  Her first collection, A Handful of Bees, was reprinted in 2009 as a Carnegie Mellon University Classic Contemporary. Her translation from the Ukrainian of Alexander Dovzhenko’s novella, The Enchanted Desna, was published by House Between Water in 2006, and her poem sequence “The (Dis)enchanted Desna” was selected by Robert Pinsky as the 2019 co-winner of the New England Poetry Club Samuel Washington Allen Prize.  In 2014, Dialogos published Jeff Friedman’s and her co-translation of Memorials: A Selection by Polish poet Mieczysław Jastrun for which she and Friedman were awarded a 2016 National Endowment for the Arts Literature Translation Fellowship.  Her co-translation with Ali Kinsella from the Ukrainian,  Eccentric Days of Hope and Sorrow:  Selected Poems by Natalka Biolotserkivets was published by Lost Horse Press in 2021.  Dzvinia is Writer-in-Residence at the Solstice Low-Residency MFA Program in Creative Writing and a contributing poetry editor to Solstice Literary Magazine and Agni.