Thanks to everyone who joined our Annual Meeting today. Despite being all virtual we had genuine engagement and discussion. Tim Mayo shared a wonderful reading of his poetry.

Please join me in thanking long-time board member Jim Cocola for his commitment to the WCPA over the past decade. Newer board members Irena Kaci and Lyndsey Uvanitte are also stepping down. We thank all of them for their service.

The following individuals were voted to serve on the WCPA board for 2021-2022. Their first meeting as a board will be on Wednesday, March 10, 2021.

Sonia Sanchez is an American poet, writer, and professor. She was a leading figure in the Black Arts Movement and has authored over a dozen books of poetry. The Black Arts Movement was an African American-led art movement, active during the 1960s and 1970s. Through activism and art, it created new cultural institutions and conveyed a message of black pride. 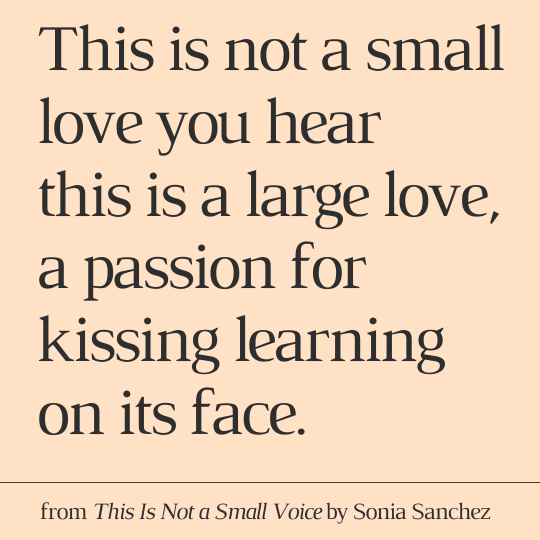 Join us tonight for A virtual Thirsty Lab with Beth Sweeney.  Beth will be joined by composter Matthew Jaskot, with whom she is collaborating on a sequence that includes eight poems she wrote for musical adaption.

Just a reminder that you need to register using the link in the event in order to join the virtual reading on Zoom. 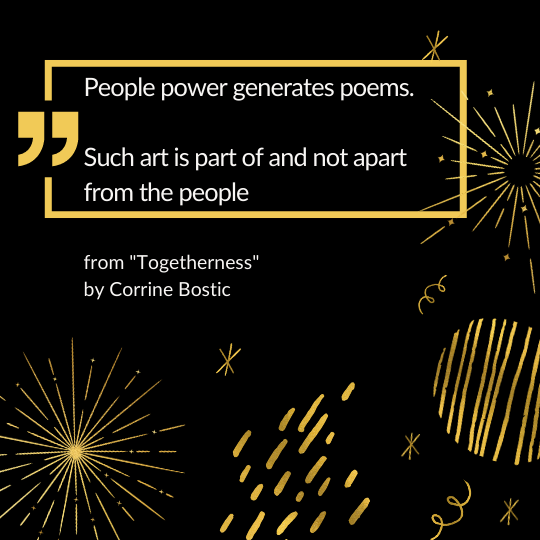 Corrine Bostic served on the Worcester County Poetry Association’s founding executive committee at its creation in 1971. She served as its vice president from 1972 to 1973, on The Worcester Review editorial board, and as a board member until she died in 1981.

A poet and playwright, Corrine contributed to Worcester’s culture through her books, teaching, public appearances, and readings. In her book of poetry, Requiem for Bluesville, she states her obligation as a Black poet to “pour out / The lamentations of my people.”

She also edited an anthology of work by local writers, Messages in Black, which contained what are considered two of her best poems, “These Riotous Days” and “Ballad for Dr. Martin Luther King Jr..” Additional publications include The Horns of Freedom, Other Places, Other Faces, and Go Onward and Upward.

Corrine was born on March 28, 1927, in Providence and had seven siblings. She served in the Army Medical Corps during the Korean War. In 1953 Bostic moved to Worcester to attend Worcester Junior College. She later graduated from Clark University. The Corrine Bostic Memorial Scholarship from Worcester State University is awarded annually in her honor.

Join us this Sunday, February 14, 2021, at 3:00 pm for our next Zoom into Poetry virtual reading. This month we welcome western Massachusetts poet Dane Kuttler. Dane Kuttler has been writing heretical prayers since 2016. She gives a darn good reading and loves zoom.

This is a free event, however, registration is required. You can register at https://us02web.zoom.us/meeting/register/tZUkd-ygrT8rG9ZrObGi1q1TCwTJLdTg5Wev

The WCPA has added a new video to our YouTube channel.  Today we share an edited recording of “Celebrating Pat Fargnoli”, a virtual poetry reading that took place on Sunday, January 24, 2021.

As with all WCPA activities we rely upon volunteers to create our content. We couldn’t share these videos, have updates to our website, or continue to hold virtual poetry readings without dedicated individuals. If you have a talent you would like to share with the WCPA or poetry lovers of central Massachusetts please e-mail wcpaboard@yahoo.com.